Becoming Black Lawyers is a short documentary film featuring the stories of 5 Black lawyers who share their lived experiences of being Black in predominantly White law schools. They provide thoughtful and engaging insight and perspectives into the significance of Blackness in law school and what it means to become a Black lawyer.

The idea for “Becoming Black Lawyers: African Americans and the Law School Experience” was first born when Evangeline M. Mitchell was a law student at a predominantly White law school in the Midwest. Coming from a household where race was never discussed and being a graduate of an HBCU and a diverse high school, Evangeline was shocked and confused about the additional challenges that she and other Black law students had to endure on a daily basis. She honestly did not expect to be treated differently from her White counterparts and spent a lot of time and emotional energy trying to understand what was going on while simultaneously enduring the rigors of a legal education. Was it all in her head? Was what she was experiencing real or was it in her imagination? Was she actually being discriminated against in law school – a place that she believed would be filled with other idealists who came in order to save the world, make a difference, and fight for fairness, equity and justice for all people?

After talking to Black law students at her school and other law schools from Black Law Students Association (BLSA) events and as a visiting law student, she realized that it wasn’t just her. Her experience was a common and shared one that Black law students faced no matter where they went to law school, particularly at predominantly White law schools.At that time, she decided to work on a film project to share with others interested in law school so that they would be better prepared for racial issues that they would face that blind-sided her.

During her second-year of law school, she purchased a video camera and began interviewing, audiotaping, and videotaping the experiences of her fellow law students. However, the busyness of being a law student and life forced her to put this project on the shelf. However, her dream to make this film idea a reality never died.

Fast forward many years later, after a life-altering event that dramatically impacted her immediate family, she realized that life is too short, tomorrow is not promised, and recognized that she would deeply regret not investing in making this documentary project happen. She founded Relentless Visionary Films LLC and decided to do whatever it took to get the documentary completed.

Although she has published books and produced national conferences with the goal of empowering aspiring Black lawyers for many years, she believes that film projectshave the ability to reach many more people and can have an even greater socialimpact.

This documentary project is the realization of her long-held dream. Although there are other books and films that share how difficult law school is, none of them discuss the “Black” law school experience and the additional obstacles and barriers of being Black on top of the already stressful law school academic and social environment. This documentary and series fillthat void. It features Black lawyers who honestly share their real-life stories of “being”  Black in American law schools and their experiences on the journey to becoming Black lawyers.

In addition to the short documentary and docu-series, Evangeline plans to continue to build on this body of work and interview a much larger number of Black lawyers and share their stories via books, audio/oral histories, and short videos. She passionately believes the journeys of Black lawyers in this country are an important part of the American story, American history, and American legal education history. She wants to make sure that the content of these interviews is accessible and made widely available to document history, but also to raise awareness and so that it can be used as a teaching tool to spark thoughtful discussion and help create policy and attitudinal change in law schools across the country.

The short documentary features insight based on the personal law school experiences of 5 Black lawyers. 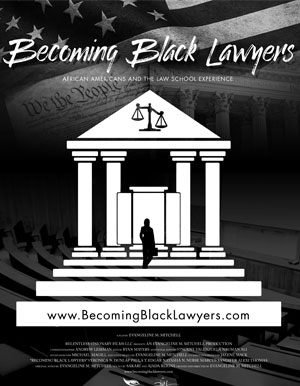 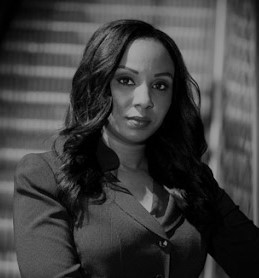